I spent last week in Taipei, Taiwan on business. Since my company had actually sent me there to work, the amount of time for sightseeing was severely limited, but I wanted to tell you about one especially amazing evening.

My colleagues and I—each from a different country—left our hotel in search of a restaurant for dinner. On the way, we found the stunning Hsing Tian Kong temple and went inside. 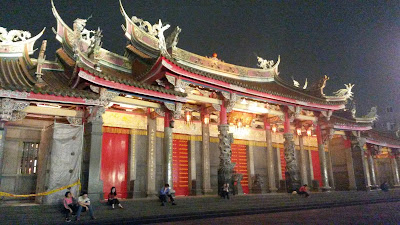 The temple was crowded, with the scent of incense in the mild evening air, people praying, and a soft clacking as people cast moon blocks onto the stone floor for divination. One of the temple disciples saw we were foreigners who were obviously curious but worried about disturbing everyone. She gave us a pamphlet in English and pulled us through the crowd to let us see. 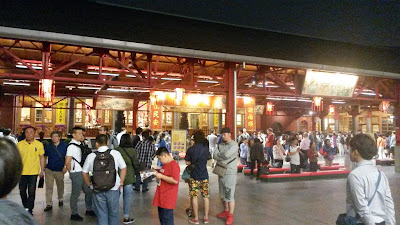 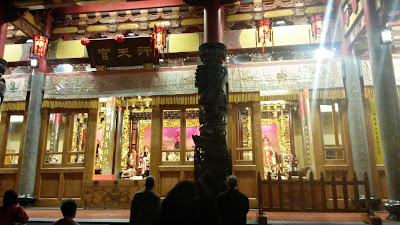 We eventually left the temple, and after a dinner of noodle soup, we wandered around the streets of Taipei...and got kind of turned around. The map we had only partially helped, and when we saw brilliant, colorful lights shining at the end of a dark alley, we decided we couldn't get any more lost than we were and followed them. Was it a wedding? A concert? 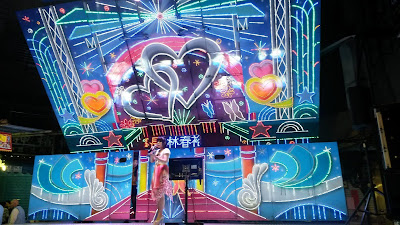 The alley was packed with tables, families eating and drinking. A couple of older men waved us forward and explained that it was a community celebration to honor the birth of a god. They pulled us right up to the altar, gave each of us three incense sticks and showed us, step by step, where and how to pray. 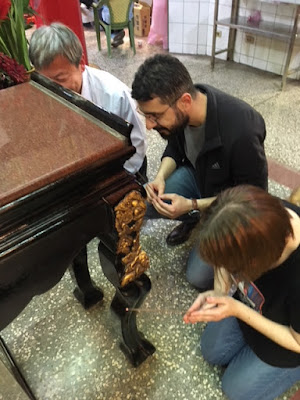 When the praying was done, they poured us beer (I'm not a big beer fan, but I thought it tasted pretty good). They asked where we were from, and when we said we lived in Germany, one of the (tipsy) men hummed the German national anthem. Thank you to the World Cup, I assume. ;)

Before we could leave, the men passed out ice cream (I am a big ice cream fan, and it was yummy). A warm rain began pattering down. It was getting late and we had to work the next morning, so I pulled out the hotel card and asked them to point us in the right direction, which they did. 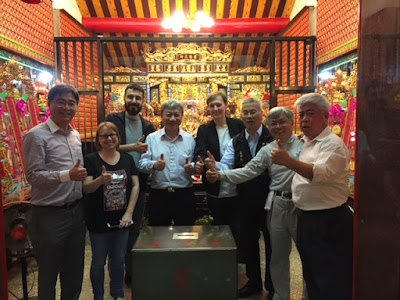 It was such an amazing, lovely, spontaneous connection—a group of people eager to share a bit of their culture with strangers, and the three of us, nervous about what we might be getting ourselves into, but truly touched that we could try it out.
Posted by Laura Rueckert at 3:38 PM 2 comments: