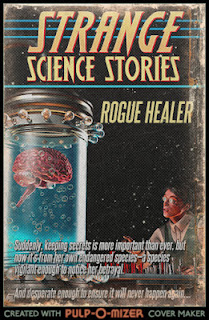 It will amaze you!

It will astound you!

Design your book cover in minutes...

Have fun!  If you make one yourself, post a link in the comments. I'd love to see what it looks like.
Posted by Laura Rueckert at 6:51 PM 2 comments:

Life is crazy.  I need a distraction. Who'll play with me?
Put on anything.  Your wedding dress.  Your tiara. Your Girl Scout uniform. Your favorite sunhat even though the forecast calls for flurries.


And guys, you can get in on it too.  If you don't have a tux hanging around, how about a Halloween costume? Or a cowboy hat? Superhero cape? Starfleet officer?

As for me...it's Prom nineteen-mumble-mumble all over again.  I admit I had to wrestle with the zipper this time around, but I won and I could still breathe too. Plus my hair is way better.

So put on your dress up clothes and take a picture.  Blog it, tweet it, Facebook it, whatever.  Put the link in my comments below.

I can't wait to see how you look!

Email ThisBlogThis!Share to TwitterShare to FacebookShare to Pinterest
Labels: I Love


If you're looking for my Kissing Scene, please click here.

This post is about something that is not a kiss, but is just as wonderful. 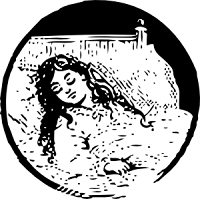 I have slept through the night four times in a row now.

Not a big deal?  When you have a five-year-old who is afraid of everything, it is.

A checklist hangs outside his room.  We mark it off every night.

How many mummies are in the house?  None.

How many Grinches? None.

How many Muddy Hands? None. (By the way, thanks Jeff Kinney).

But this blog is about something I love.  Sleep.

Life is different when you sleep all night.  Brighter, but in a good way - not in that "the top layer is burning off my eyes" way.

With beauty rest, I feel smarter. That's good for work.  Good for my writing. And good for not freaking out at every little catastrophe the kids send my way because I'm just so tired.

So how did we manage to get him to sleep through?
* knocking on wood as I write this challenge to fate which will lead to several brutal wakings tonight FOR SURE *

We tried a million things: cuddling more, reading more, explaining that mummies can't really walk.  One of the last was the checklist.  So I can't put my finger on what actually worked.

Maybe, despite all our hard work, he just grew out of it.  Or (cringe) maybe it's not over yet.

Sigh.  Please - someone tell me it's not the last one.  Because I love sleep.  In fact, I think I'll head to bed right now.  Good night, all.
Posted by Laura Rueckert at 10:25 PM No comments:

Email ThisBlogThis!Share to TwitterShare to FacebookShare to Pinterest
Labels: I Love, Sleep

In honor of Valentine's Day, I'm participating in Cupid's Literary Connection's Kissing Scene Contest. Please comment with any feedback you have! And thank you for organizing, Cupid!

Update:  I made it into the agent round!  Off to run around with my arms in the air like Kermit the Frog....  Waaahhhh!!!

Intro paragraph
Lexi is an alien teen living in a donated human body. Dozens of aliens have been killed by human mobs, so Lexi's entire life revolves around keeping her distance, keeping her true nature a secret. She's been seeing human Garrett platonically for a few months when she meets him at a dance. Lexi doesn't realize it, but she's beginning the intense period of alien puberty, which leads to fever and a new awareness of her physicality. And "tendrils" are parts of Lexi's alien body, hidden inside her human one.

Kissing scene
I breathed in the fresh air. It was still mild out. Though my legs and arms were bare, I didn't feel cold in the least.

Garrett smiled down at me. "You know, you look beautiful today. You should wear your hair down more often."

My face warmed at the compliment. I'd braided my hair a lot lately, so it was probably the first time Garrett had seen it down since my haircut.

Garrett leaned against the brick building wall. I stood in front of him, hearing the dull thud of music from inside the building.

Like during our slow dances, Garrett slid his hands onto my waist. I stepped closer to him, my memory bringing up the light kiss he'd given me the day we'd studied at the library.

Suddenly, I felt like the dancer-filled gym had overheated me. With one hand, I lifted my hair off the back of my neck to let the night air cool it.

I looked up at Garrett's face, his lips.

I wanted another kiss.

For a few seconds, I turned away, urging myself to think my actions through. Then I gazed up at him again. Thinking seemed like such a waste of time.

My breath swept softly over my lips, and I didn't care to recall the reasons holding me back.

I was amazed I felt so certain.

"You feel warm-" he started to say when his hand touched my bare arm, but I stepped forward yet again, tilted my head up and crushed my lips onto his.

Garrett's hands gripped my waist, pulling me closer. He kissed me back...again and again.

I felt hot and a little bit dizzy and a lot wonderful. All the tendrils in my body were humming and melting. Every inch of my human skin was overly sensitive. I wanted Garrett to touch that skin.

Garrett groaned. I leaned closer to him, pinning him against the brick wall.

A couple feet from us, the door slammed open, hitting the wall on the other side, and one of the teachers stepped out. Garrett and I jumped apart.